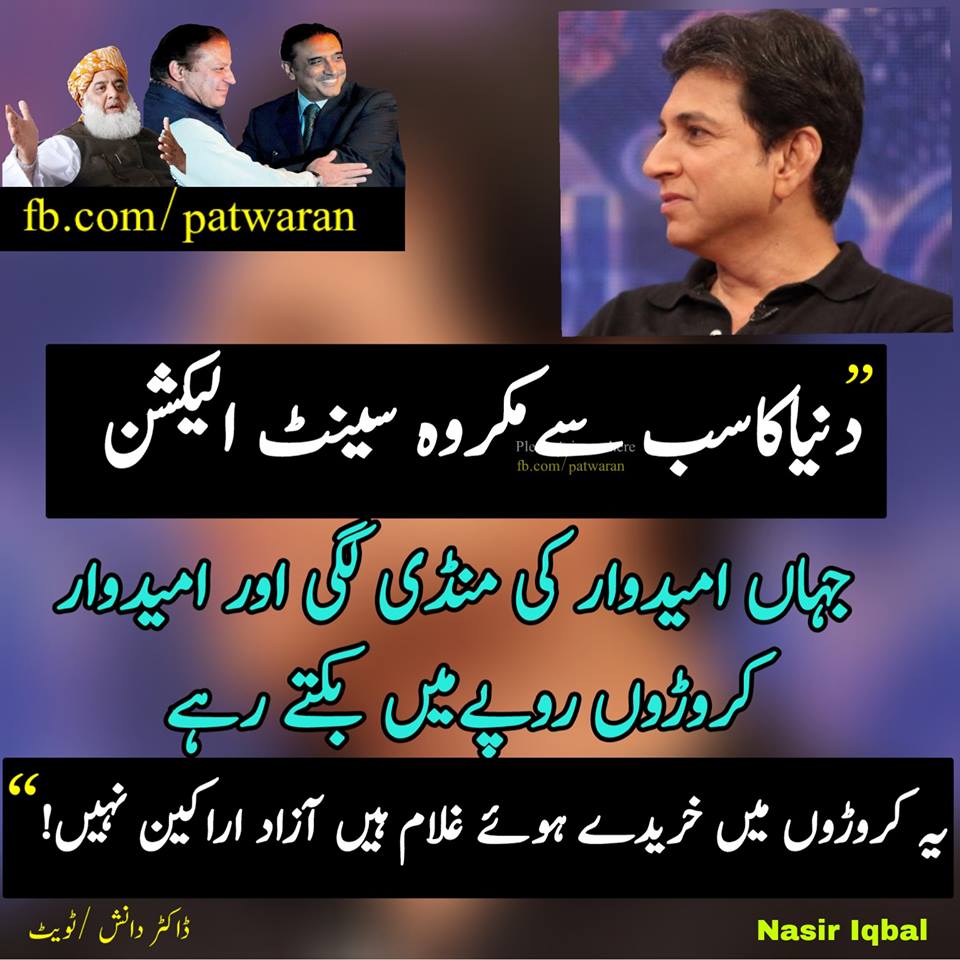 Chitral: The currently held elections to the Senate of Pakistan have left a bad taste in the mouth of every Pakistani- even the strongest proponents of parliamentary democracy and the present system of elections.

Every member of the legislature is pointing finger at the others, accusing them of selling their votes while absolving themselves of the accusation. There is no foolproof system to determine as to who is guilty and who is innocent in this just concluded dirty game.

One thing can be done though, is that all the party heads should gather their Assembly members and ask them to swear upon the Holy Quran that they did not sell their votes for money. In this way those who are guilty would at least be burdened by the sin of false swearing if they do swear falsely. Their conscience will punish them at least, if the law cannot.? An option can also be given to them to say sorry and deposit the money in party funds, to clear their conscience from pestering them forever. .. CN report, 07 Mar 2018.