Chitralis are used to forget politics between two elections and leave their representatives to fend for themselves rather than working for the people. With no protest and no accountability they rule the roost. Even during elections baser instincts are allowed to come into play instead of issues. Incumbents are rarely put on the mat for dishing out development funds to their relatives and friends. As a result contractor mafias crop up and are used to fund campaigns and buy off competing candidates and voters to facilitate election of their patrons. This in turn results in mushrooming of candidates making the electoral arena murky, where pygmies are presented as giants. This time around also a huge line of hopefuls dot the electoral scene making it difficult to differentiate between horses and mules.

At the moment NA 1 presents a four cornered contest between MMA, PTI, PPP and PML(N), while others go by as spoilers, mostly having been sponsored by other serious minded candidates to erode the vote bank of their opponents or gain some pecuniary benefits in return for withdrawal. There are candiates in the field with bruised ego after having been denied party ticket.? PPP nominee, Saleem Khan is being challenged by Shahzada Taimur Khisraw of PPP for votes in his native valley. Taimur claims that he was promised the ticket at the time of his joining the PPP but later on Saleem Khan, as District President, reneged on his promise, thus angering the prince to challenge him. He disputes Saleem?s ability to beat opponents as sufficient ground for award of ticket. After 10 years at the helm, he says, Saleem should have foregone the ticket, as incumbency is a liability for him and not an asset this time over, especially in view of public perception that his incumbency only benefited his relatives and family members. Though not a populist, Taimur has good credentials as a retired civil servant with a lot of experience, connectivity and commitment to fight corruption. By hosting the visit of the spiritual leader of the Ismaili community last year he has earned their goodwill but he is not exploiting it for votes. By presenting himself as victim of a conspiracy he may well pull the rug from under the feet of PPP nominee in the same way as a JUI rebels would do to MMA, along with ghost and sub-standard projects including the faulty construction of Garam Chashma water supply scheme with Rs.20 million outlay. Iftikhar may also lose significant number of votes to Taimur. 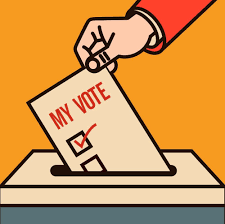 Shahzada Iftikhar poses serious threat to other candidates not because PML(N) is popular in Chitral but because of his own track record as MNA and tactful use of the media. However Musharraf factor, should Musharraf use it by way of appeal not to vote for Iftikhar, may put him in a difficult situation. Betraying Musharraf may not be a good thing even if Iftikhar is credited for procuring funds to complete the Lowari project as against diversion of Lowari funds by PPP to Multan constituency of the then PM, resulting in delay of the Lowari project which is considered life and death issue by Chitralis. Z.A.Bhutto and Musharraf owe their popularity in Chitral to this project. Additionally credit for the provision of electricity to most of Chitral from Golengol power station and federal projects including those of NHA are also credited to him. Although Saleem Khan also claims credit for these projects but the public perception tends to favour Iftikhar because these are federal projects and Saleem Khan is being judged for his actions or inactions in the provincial domain. Unfortunately there is not much that he can be proud of by way of improving governance, fund utilization and encouraging merit in jobs. He did bring a lot of money and jobs but lack of distributive justice and poor execution are galore every where. Behind many of his shortcomings the names of his relatives are writ large. Party defectors as well as opponents are exploiting these flaws to the disadvantage of Saleem Khan. Interestingly enough PPP still has ideological workers in Chitral and the party has largely remained immune from the negative legacy of Zardari or his nominees, presenting some silver lining for Saleem Khan to win.

There is general perception that MMA is strongly poised to win the seat as it did in 2008. The conservative religious Chitralis tended to vote for religious parties since 1979, when General Zia promoted extremism and jehadi culture but having remained divided it had little electoral relevance except in 2008 when MMA entered the arena. However this time around the alliance is shaky and there is little meeting of hearts between JI and JUI. There are defectors and nominees of jehadi outfits in the run to challenge MMA for the religious vote bank This, along with reduced role of religion in politics and lackluster performance of its Government during 2008-13, may greatly change the situation to the disadvantage of MMA. On the other hand Saleem Khan may also bank on block sectarian vote but here also he may face disappointment for the same reasons. There is more awareness in Chitral than ever before. Sectarian leaders see more political sense in cross-sectarian appeal and the people are also prepared for it. Therefore any one banking on narrow loyalties instead of performance and character may well be a sore loser at the end of the day.

However ethnicity may still play some role in upper Chitral. PTI had groundswell of support in 2013 as well but its poor party organization and dysfunctional local leadership failed to convert this support into vote power. Their election campaign was half-hearted and hardly covered the 15000 square kilometer expanse of Chitral. They completely relied on the charisma of Imran Khan and at the end of the day it turned out that charisma alone is not enough, be it Imran or Bhutto. The voter has graduated and prefers to vote for performance and character with a little doze of polpulism. This time around the situation has not changed for PTI, both in terms of groundswel of support and dysfunctional party organization. Populist candidates and robust election campaign could have made some difference but the same are missing, thanks to resistance to the arrival of parachuters and the so-called electables. However the party nominee for the provincial seat is a highly qualified candidate but also carries some baggage as an NGO representative with mixed rating. He is competent and dynamic but these qualities are undercut by the public perception of him as non-serious and easy going person. However given the muddled provincial scene with so many candidates in the field he has a fair chance to get through. The only formidable opponent is Ghulam Muhammad of PPP with considerable ethnic and regional vote in upper Chitral. Once a Mohyeddin loyalist and rich contractor (he is said to have financed election campaigns of Mohyeddin) he was brought to PPP by Saleem Khan to strengthen his own candidacy, despite his close political ties to Iftikhar.

Accountability and freedom of choice are the two benefits that democracy offers but these are often circumscribed by vested interests for their own benefit, which in turn gives bad name to democracy. The only solution is more democracy so that candidates are sifted again and again till the system is purified and meritocracy gets an upper hand. Let these elections become litmus test to gauge performance of candidates. It is not important who they are; rather what they do or did for the people. Imran Khan is not a populist but people like him for his work. He runs massive charities, imagine what he can do with public funds at his command. His incorruptibility, pride in Pakistan, respect for institutions and vision for the future demand that he be given a chance before we reach the point where only a miracle can save us and miracles do not take place nowadays. Allah gives second chance only to the few chosen ones and we are fortunate to have been given that chance. Let us not squander it for expediencies. Vote, being a Divine trust, needs to be used for Divine purpose i.e greatest good of the greatest number of people and not for personal greed, nepotism or favouritism. .. Islamuddin, Garam Chashma, Chitral 08 Jul 2018