Chitral 😕 The dirtiest 22 days of Pakistan’s governance history have just come to an ignominious end. The law breaking protesters who had blocked the main highway in the heart of the capital were allowed to have the last hurrah after the government put it’s hands up and shamelessly handed over the the defiled baby it had created to the army. Mysteriously the situation calmed down soon after that. So many questions arise in the mind of an average educated person in this regard, some being: 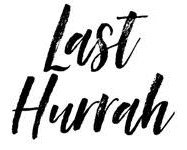 ? ? ?Pakistan is at it’s lowest ebb in the realm of governance. The parliamentary system of government is bleeding the country ruthlessly. Incompetent political leaders in power as a result of this system have ruined the bureaucracy and the law enforcing agencies by? promoting favoritism instead of meritocracy .?