Chitral: Almost two years after inauguration by the then Prime minister (who in his innaugural address said “travelers can now use the Lowari tunnel unhindered”), the tunnel is still in the ‘soft operation’ phase, which means the tunnel is being denied to travelers at the prime hours of the day when most vehicles reach the venue. 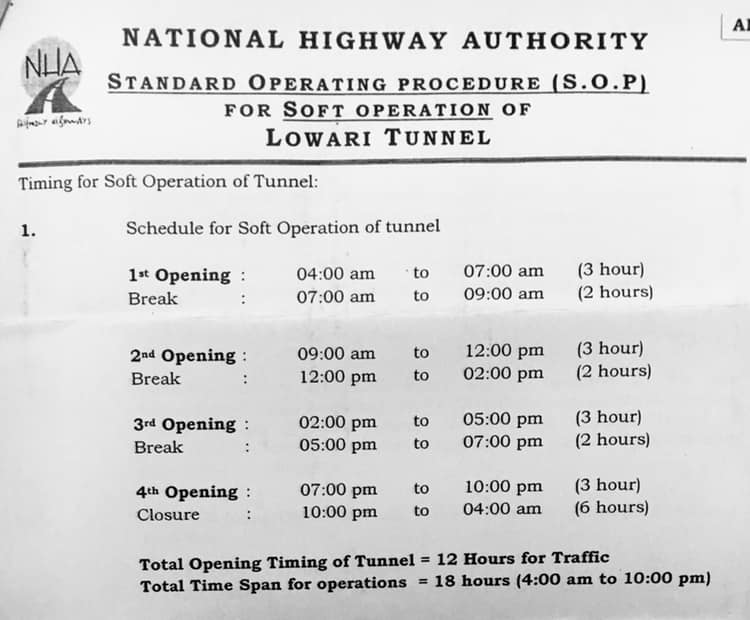 This closure of the tunnel in hips and hops during the peak travelling time is not only inconvenient to Chitralis (who unfortunately are used to such treatment), but it is a great setback to tourism as the tourists are disgusted at seeing the the tunnel closed in the middle of the day when they approach the tunnel tired and fagged. Insult is added to their injury when they see nothing happening inside to justify it’s closure..? .. CN report, 23 Apr 2019