CHITRAL: In a country where anyone who can mange puts pictures on the media of inaugurating everything they can lay their hands on. Recently there have been pictures of a politician cutting the ribbon in a ‘ceremony’ to put a lid on an open sewer manhole in Karachi. Similarly another politician standing on a big heap of garbage is smiling at the camera while handing over a mini Suzuki carry to the municipal committee for removal of the mountain of trash. These are not isolated events, but represent the mindset of the majority of politicians in the country.

The reason why every one wants his name on an inaugural plaque is because Pakistan’s political system is more dependent on individuals than institutions. No body trusts the institutions and go after individuals as long as ‘their sun is shining’.

Some healthy examples of not giving importance to inaugural ceremonies and plaques have been set in Chitral in the past. The most gleaming one of them being the new chowni bridge which was built by the Japanese in a record time. However no body knows when they began the work and when they finished. One fine morning travelers were amazed to find that they could travel freely on the newly built bridge. There was no inaugural or opening ceremony – there was only work.

Similarly the plaque on the wall of the Burn and Trauma Center at the DHQ Hospital Chitral, carries no name, only the designation of the inaugurating guest, the Commandant Chitral Scouts.

The PTI govt trying to bring about petty reforms which are within it’s powers, can do well to put a ban on writing the personal name of any dignitary laying a foundation stone, inaugurating or opening a project funded with public money. .. CN report, 12 Oct 2019

CHITRAL:? Commandant Chitral Scouts who is also Commander Chitral Task Force, has said that the civil and military relationship in Chitral was very healthy and because of this reason security problems were not allowed to arise and other unforeseen situations demanding immediate attention were tackled in the best possible way.. He was presiding over a meeting of the Civil-Millitary Liason committee at CS headquarters Chitral,

Those who attended included the DC, DPO, Heads of various departments, the District Nazim, MNA, the two MPA’s and other civil society members. Participants presented the problems faced by the people particularly the extreme poor condition of roads in the districts.. Some heads of departments complained that the social media was being misused propagating against performance of government departments and a check should be put on that. 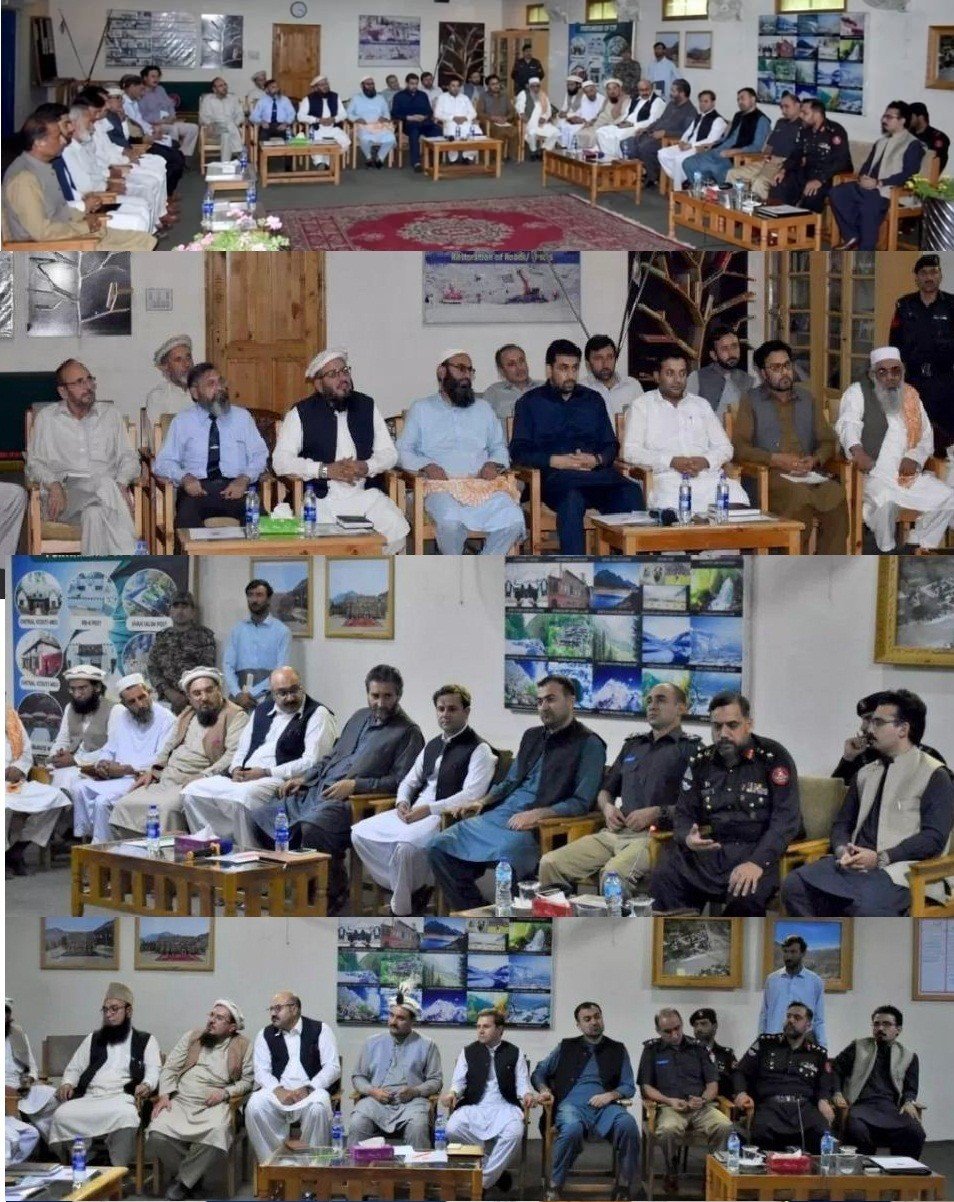 Chitral: A spokesman of Chitral Scouts has issued their clarification on the Lowari tunnel incident involving the MNA. According to the statement the MNA’s vehicle reached the tunnel during tunnel closure time. When the guard asked the driver for identification the latter misbehaved and pushed him aside saying couldn’t he see the MNA sign on the vehicle.. The driver also hit the duty commander on the head with his car key injuring the latter. The MNA started a sit in to cover the misbehavior of his driver, the statement read.

According to the statement the NHA is responsible for opening closing time of tunnel and security is only to register vehicle on both sides. However it helps facilitate official number plate vehicles, ambulances and and other needy travelers to pass through the tunnel during the tunnel closure time.

The spokesman said if the MNA had introduced himself in time he would have been allowed to pass through the tunnel and this situation would not have arisen. The statement regretted blowing up the matter in the social media and termed it uncalled for. .. CN report, 16 Oct 2018

CHITRAL? On the directive of Commandant chitral scouts Col Muenuddin Medical team of Chiral scouts held a free medical camp at Birir village of Kalash valley the most remote locality of Kalah valley. Birir-the least populated valley among Kalash valleys-was visited by commander Chitral Task Force Colonel Moeen Ud Din along with Medical Staff of Scouts Hospital Chitral comprising 5 Doctors including 2 lady doctors to hold a Free Medical Camp. The camp benefited approximately 400 patients among which the female outnumbered the male patients.
Alongside the free medical camp, Commander Chitral Task Force distributed rations among needy families coupled with presenting stationery items to students as a token of encouragement. During the visit, Medical Officer of Civil Dispensary Birir, Dr Younis Faisal has been appreciated by the Commander for his continuous presence in the line of service, regardless of the fact that administrative support is almost negligible; for instance, there is no heating arrangement during subzero temperatures for doctor /? medical staff in Birir. The condition? of dispensary merits urgent attention of the worthy District Administration / Health department. .. GH Farooqi, 31 Dec 2017