Chitral: If recent past is any guide then there is every possibility that our politicians will play with the religious, ethnic and regional fault lines in the forthcoming elections to the detriment of Chitral?s unity. It is a truism that people learn from their past to improve their present and plan for the future. It is no mean achievement that this small princely state preserved its independence till the fag end of 19th century because of unity. Its cosmopolitan culture having input from Hun Chinese, Zoroastrians, Buddhists, Hindus, Kalasha and Greeks adjusted to Islamic ethos, when Syedna Nasir Khisraw reached here in 11th century, as representative of Fatimid Caliph to preach the new faith making it an epitome of unity in diversity. This not only shows the ability of Chitrali culture to accept the best in other cultures but also the ability of Islam to provide spiritual dimension to the prevailing culture. 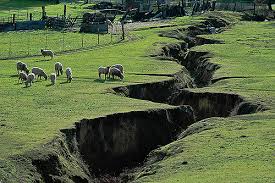 Mehtar Amanul Mulk, the architect of modern Chitral, made successful efforts to consolidate this unity. He encouraged inter-marriages and social interactions between sects, ethnic and regional groups in his nation building endeavors. This unity was preserved till the arrival of the British on the invitation of Shujaul Mulk to help him get the throne, which was being challenged by Sher Afzal. Shujaul Mulk also followed the policy of his illustrious predecessor in the initial years of his rule despite the pressure of the British policy of ?divide and rule?. After having consolidated his power Shujaul Mulk decided to make religion springboard of his nation building exercise, perhaps taking a leaf out of the book of Jalaluddin Akbar. By letting the sectarian genie out of the bottle he sacrificed unity for political power, which would plague Chitral for many years to come.

After independence these fault lines were fully exploited by politicians to get into power. It is a measure of Chitral?s religious harmony that instead of overtly exploiting sectarian fault lines, ethnic affiliations were used to get votes. Power hungry politicians created formal organizations like Ayubians, Sadaat and Dashmane etc. Some individuals who saw more political capital in regional divide, appealed to this parochial feeling to catapult them into power. One wonders as to what other regional fault line would be triggered once Mastuj becomes a district.

The resilience of Chitralis in saying no to sectarianism clearly manifested itself in 1982. Chitralis took the engineered divide with a pinch of salt and rallied back to unity as they had done many times in the past. After failing to capitalize on the sectarian divide politicians resorted to ethnicity and regionalism. However religious parties continued to cultivate the sectarian fault line and achieved some success during the Afghan jehad. This intelligence- led Jehad, brought in a lot of money, which was used to lure many youth into the fold of religious parties. The 5-year rule of MMA did go a long way to exacerbate the religious fault lines. The apparent talk of sectarian unity coming from top leadership of MMA made little impact on their grassroots supporters. In this background the July 25 polls are a test case to find out the extent of erosion of our values that agents of division have caused. Hopefully Chitralis will rediscover their identity as champions of humanism and unity and will not allow power hungry politicians and religious adventurers to exploit the fault lines indicated above.

With stalwart politicians like Muhyeddin out of the arena, less experienced and young candidates are in the run. They are not expected to play the sectarian card, though recent experiences show the opposite. But then hope is a good thing; let?s hope they will not seek short cuts to power. Chitral and its culture are more important than anything else. So let?s fight these elections on issues and manifestos rather than on parochialism. We should remember that vote is not our power; it is a trust bestowed upon us by Allah to be exercised according to His Will. We should vote for a candidate who fulfills the qualification indicated by Al Mawardi, Ibne Khaldun and Shah Waliullah, which are also enshrined in Article 62 and 63 of our Constitution. Using this power as one?s own, in utter disregard to Divine Will, is tantamount to challenging supremacy of His Will. We should not favour a friend, relative or acquaintance with vote because it is not ours. It is a trust to be exercised within the limitations prescribed by the trustee and in this case Allah is the trustee. .. Islamuddin, Garm Chashma Chitral 01 Jul 2018