The? government of Khyber Pakhtonkhwa has framed a Tourism policy according to the manifesto of PTI to restructure the outdated one and has made a number of so called reforms as they think the better measures to? revamp this sector? under supervision? of the Minister of Tourism. But as the saying goes ? old is gold?. There were so many good points of the old ? Mountaineering rules and regulations? framed in a booklet that despite certain demerits it was a very good document. The bad ones were the imposition of high royalty fee, poor implementation of the rules regarding porters, lack of facilities for the climbers etc. but the good ones were much more and one of them was the balance of permits between the peaks of Karakoram and Hindu Kush as the team was given two options as where it would like to climb but in the policy under consideration of TC KP? nothing has been finalized and there are no official rules to be accessed by potential climbers and tour operators.

The minister concerned made a number of foreign visits and met tourism offices, tour operators, conferences and policy makers in the west as well as in the east and gleaned a good volume of information about the expanding tourism field? and decided to sift the info and select a number of points that are thought suitable for our country. The study was informative but the selection was negative and had many irrelevant things that are incompatible with our culture? such as certain things that are in the background of the tourism policy of countries like Thailand and some western states. Where there? is a good component of sex to attract tourism but this is totally against our Faith and culture. What they have allowed in Thailand cannot be allowed here. It has been discussed weeks back.

The other innovation is the introduction of Tourism police system. This is a big blunder and? very bad approach and has got many demerits but no merit. Our police is already unpopular in the public and despite their observance of their duties police are not in the good book of the people. Their role in tourism, in the light of the past many years in Chitral when armed constables drove a single tourist from? one point to another, adding to unnecessary charge from his budget, shed the impression that that particular tourist is under arrest and not allowed to roam about as he had envisaged? at the beginning? of his tour at the time of his/her departure. In the old rules of PTDC there was no idea of such a policing system and the number of tourists and expeditions increased each? year. Cf. the figures of the years before 1990. Many have helped? drug addict tourists. Many of the tourists who come here are drug seeking tourists and take this destination as one of the ideal one so they come only for that purpose. The role of police in this case becomes complicated and sends negative message.

The idea? of introduction of Tourism police for helping? or promoting or encouraging potential tourists will give the message that there still exists a threat to the lives of visitors and thus they foster suspicion about their safety. This measure especially in the two districts of Chitral will surely create misgivings in the minds of potential visitors and will compel them to rethink about their destination. You are already making efforts to show that our country is now fit for safe tourism but your inclusion of police in the fragile business creates misgivings. Reconsider it, return this idea to the country from where you have borrowed it. Make good arrangements for uninterrupted tourist movement in all parts of the region and take back the curse of restricted and open Zone? division.

It is inadvisable to squander the meager resources allocated for promotion of Tourism in KP on an exercise that has no positive but dark side in its history. The same amount could be utilized to provide facilities to foreign and domestic tourists like leveling the shingle roads in the distant valleys where for poor road condition smaller vehicles cannot go, widening the narrow mountain roads in the hilly areas of Malakand and Hazara? divisions, designing camping grounds for tourists, improving the tracks to the Base Camps of? renowned peaks such as Terich Mir, Saraghrar,? Kotgaz, Booni Zom,? Akher Chioh, Kohe- Baba Tangi etc. for safe trek of the trekkers/ climbers and their porters to those destinations. Terich Mir, the highest peak in KP, has been ignored altogether and is not in the priority list? of the previous meetings of TC KP.

The involvement of police in the sensitive tourism management sector is too dangerous than helpful. This is a calculated step to bring? disrepute to the already fragile guest protocol and entertainment sector that wants to get an industry status but who will allow that force to intervene inside his industrial installations? Your are spreading an impression among the potential guests that your life is insecure here and by use of police services we want to save your lives. Will you like police to interfere with your itinerary while travelling in another country.? Is police escort not an embarrassing intervention? Though the system of policing has been reformed but the minds and attitude of the personal has not changed noticeably. .. Prof. Rahmat Karim Baig, Chitral 07 Nov 2019

KPK government, in a bid to make the province more accessible, is expanding the newly constructed Swat motorway to the valley of Chitral and Maidan.

Mahmood Khan, Chief Minister of Khyber-Pakhtunkhwa announced this while speaking to the fifth convocation of the University of Malakand in Chakdara.

?K-P has rich potential for tourism, hydropower, agriculture, mines and minerals sectors,? he said, adding that research in these areas must be pursued by the varsities.

Mahmood underlined the challenges faced by Pakistan, both internal and external. He was confident that the economic issues of the country will be dealt with soon.

A Khyber Pakhtunkhwa (KP) family has created a unique record in the history of the Civil Superior Services (CSS) examination.

The CSS 2019 result was announced on Thursday, according to which, a total of 23,234 candidates applied, but only 14,521 appeared in the examination. Out of them, only 372 candidates could pass the exam.

Zoha Malik Sher was one of the lucky ones. 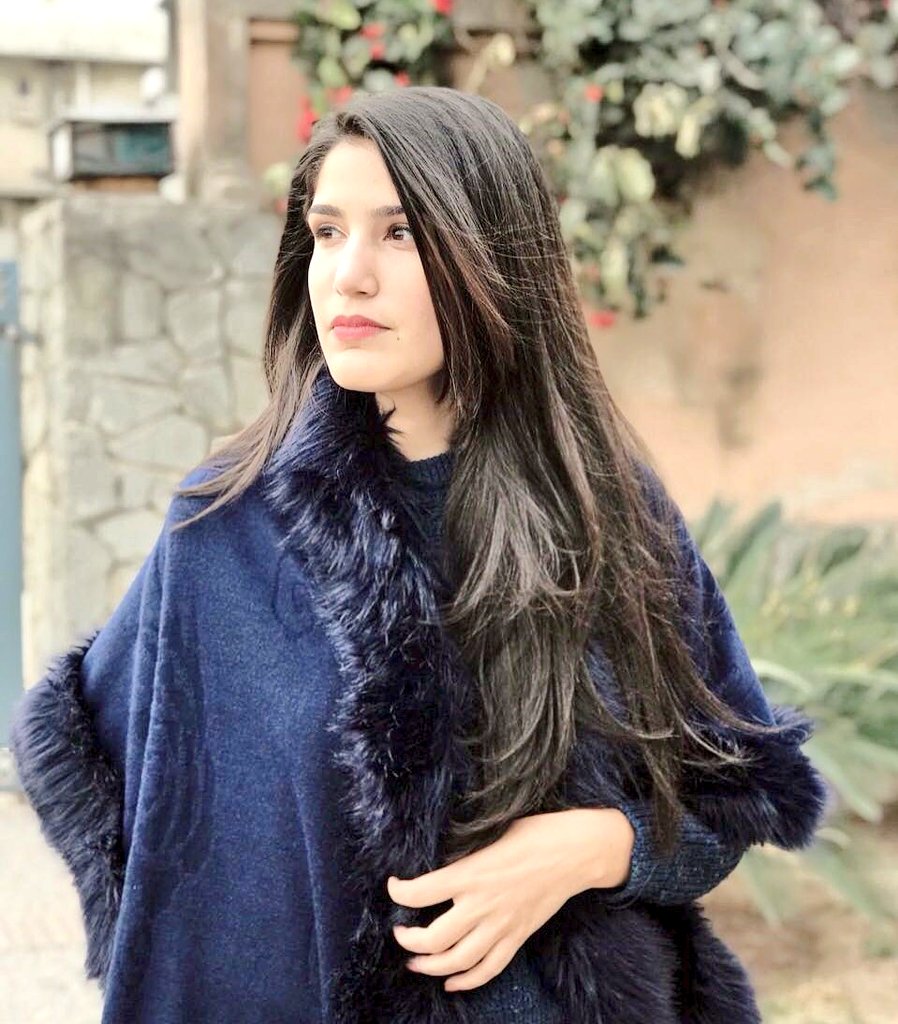 Hailing from Khyber Pakhtunkhwa, and living in Islamabad, four of the Sher sisters have previously passed the top competitive exam and are already serving in different government departments.

The eldest sister Laila Malik Sher passed CSS in 2008. She is now serving as a Deputy Commissioner (IR) Regional Tax Office in Islamabad. Shireen Malik Sher cleared the examination in 2010. She is currently the Head of Section in the Cabinet Division.

Besides, Sassi and Marvi joined civil services in 2017. While Dr. Sassi Malik Sher joined the MLCG group, Marvi is posted in the PMS group.

The youngest of the lot, Zoha Malik Sher, was the latest to join the CSS Sisters Club. She was among the 2.5 percent CSS aspirant that cleared the examination this year.? .. Source

PESHAWAR: The tenure of local bodies of the Khyber Pakhtunkhwa (KP) province is expiring on August 28 as while directives were issued to the district, town and tehsil heads in this regards, ARY News reported on Wednesday.

KP Local Government Department has issued instructions to the?nazim?and?naib-nazim?of all districts, towns and tehsils, as well as representatives of village councils, neighbourhood councils before the expiry of local bodies? tenure on the next Wednesday.

Earlier in April, Secretary Election Commission of Pakistan (ECP), Babar Yaqoob, had chaired a high-level meeting in Peshawar to discuss preparations of the new local bodies? election in KP.

The provincial secretaries of local government and law and ECP senior officials of ECP had attended the important meeting.

It is pertinent to mention here that the commission is bound to hold elections with 120 days after the expiry of LB tenure under the Article 140 (A) and Section (4) 219 of Election Act 2017.

The ECP secretary sought appropriate time from the KP government for delimitation, training and preparations of the electoral lists for the upcoming elections. Babar Yaqoob had also advised KP government to complete necessary work by April 30 to assist ECP in holding LG polls within the prescribed time.

Responding to its demands, the officials of KP government assured him to table the proposed LG Act in the provincial cabinet for its approval in order to organise timely polls.

Chitral: The cases of children infected with polio virus has shown a sharp increase in the country with KP province leading the affectees. A total number of 19 cases of polio infection have been recorded so far in Pakistan this year out of which 13 are from the KP province. Two polio victims have been diagnosed recently one from DI Khan and Waziristan each. .. CN report, 24 May 2019

Chitral: Abdul Hameed Pasha, a senior bureaucrat in the?Audit & Accounts Service Pakistan hailing from Reshun Zait) Chitral, has been appointed as Accountant General Khyber Pukhtunkhwa Province. Pasha has also served for almost two decades in Gilgit Baltistan Province in various capacities and has been Accountant General of GB. Mr Pasha is a graduate of Peshawar university and hold an Msc Finance degree in higher education from London University. It may be mentioned that his daughter Dr Sanya Hameed Pasha has recently qualified CSS examination with distinction. .. CN report, 20 Oct 2018