Half a million people have applied for the advertised 2500 vacancies in Airport Security Force lower grade jobs. This a record depicting the alarming scale of unemployment in the country. 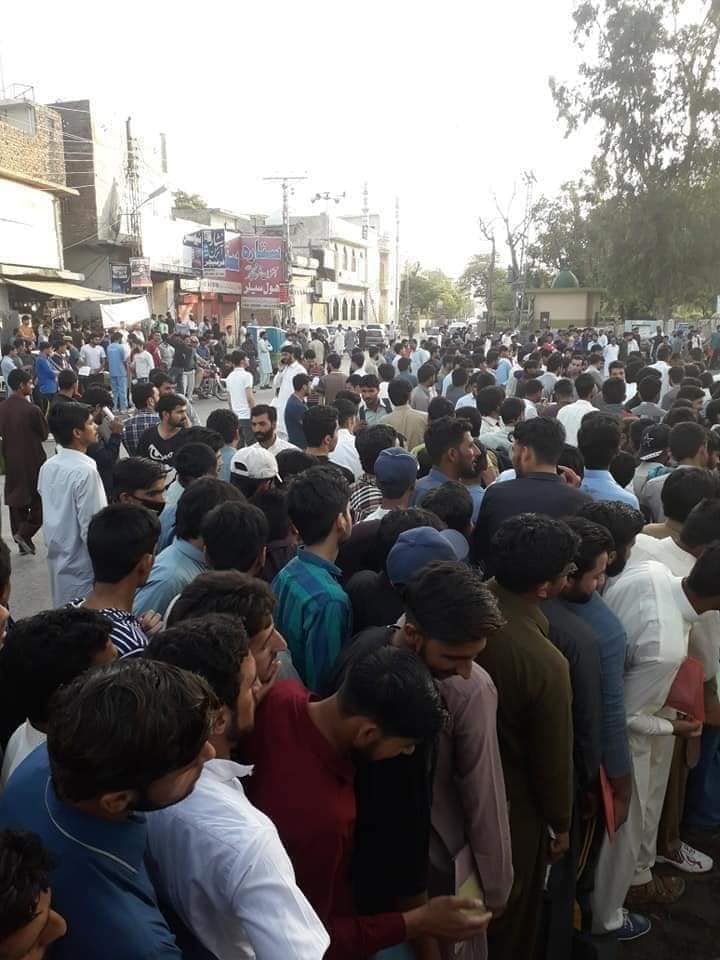 CHITRAL: The population of goats and sheep is on decline in the villages of Chitral leading to shortage of meat and Chitrali patti (woolen cloth) in the local market as the villagers have switched to other professions.

Farhan Zaman, who works with an NGO as livelihood officer and interacts with the farmers, told Dawn on Friday that the reason the people had stopped rearing animals was that their financial position had become sound from working in other parts of the country as labourers or performing some other jobs. ?Earlier, the villagers used to send their children for grazing sheep and goats for their sustenance, but now they send their children to school,? he said.

While the uneducated youth prefer to work as labourers over grazing animals because it is least lucrativeof all professions, the educated young men do some good jobs,? he maintained.

Mr Zaman said in the past the pastoral economy solely depended on rearing sheep and goats as people prepared cloth from the sheep wool for their own use and buying essentials of daily use by selling it in the market, while the goats were reared to gain meat.

Based on his findings as a result of interaction with the people of mountainous areas, he said till early 70s almost every household used to weave hundreds of yards of Chitrali patti annually to meet its expenses.

The traders of Chitrali patti said the product of sheep wool was declining exponentially every year, inversely affecting the quantity of patti and now the weavers depended largely on the exported wool or the synthetic one.

Afsar Khan, a seller of Chitrali patti in Shahi Bazaar, said the local cloth was now woven only in Lot Koh valley and supply from all other valleys of upper Chitral had almost come to a halt.

Dr Shakir Ahmed of livestock department said a breed of sheep was locally found in Chitral, carrying the unique reproductive characteristic of shortest possible period of only 70 days and gave birth to twins or eventriplets.

He added that the breed had the capacity of meeting the mutton shortage in the local market if its farming was carried out on commercial scale, but the people had given up rearing them anymore.

The former project manager of an IUCN project in Chitral, Dr Inayatullah Faizi, said the people could not be persuaded easily to rear sheep and goats to meet the demand of the market, and that the livestock department should set up sheep and goat farms in Chitral like the Hazara division.

Chitral : Traditionally the dream of every adult Chitrali, more so the educated ones, has been to get into a government job. This tradition dates back to the time when the Britishers ruled the place alongside the local Mehtar. At that time getting into a government job, no matter how lowly it was, guaranteed security and status in the society. The writ of government has always been very strong in Chitral due to the sparce and controllable population. One tehsildar would administer total and effective control over the area which at present a battalion of bureaucrats is unable to.

The status of being in government service has been set so deep in the psyche of Chitralis, that even now it is a dream of majority of youngsters to grab hold of some government job by hook or by crook as soon as they are through with studies. The reason now may be little different though. The incentive now is the greed for a comfortable life and easy money as a govt employee. The fact is well portrayed by the famous current affairs analyst Hasan Nisar who says “In Pakistan, a government servant gets salary to do nothing and gets bribe to do work”. Now the prime emphasis is on making overhead money as a govt employee in whatever capacity one is.

The advent of NGOs diverted some attention to this sector but NGO jobs being temporary and in some cases demanding, the first choice for Chitralis is still getting into a government organisation some how or the other. It is high time now Chitralis should think beyond government jobs.

Industriousness pays. The success of Pathans and Afghans who come bare handed to Chitral and end up in money by their hard work should be enough of a lesson for Chitralis to change their priorities too. Teachings in school and colleges, seminars by NGOs and most of all personal examples by Chitralis should indoctrinate them to start own businesses, enterprises and stop looking towards the proverbial ‘free lunch’ in government service. .. CN Editorial, 07 Feb 2018