?.. by Khalid Hasnain
LAHORE: Pakistan has been ranked 3rd in the world among top 20 countries for newly installed hydropower capacity in 2018.

Formed under the auspices of Unesco in 1995 as a forum to promote and disseminate good practice about hydropower, IHA champions continuous improvement and sustainable practices across the sector.

According to IHA report while listing down top 20 countries by newly installed capacity states that Pakistan managed to add 2,487MW of hydel electricity in 2018 following China and Brazil at the first and second rung that added 8,540MW and 3,866MW to their systems respectively.

As far as recent addition of hydropower in Pakistan is concerned, the country registered an increase of 36 per cent in its total hydel generation capacity in just one year, as prior to this, Wapda could only manage to take its hydel generation to 6,902 MW in 59 years of its inception from the year 1958 to 2017. The country has an indentified potential of generating 60,000MW of low-cost hydel electricity. 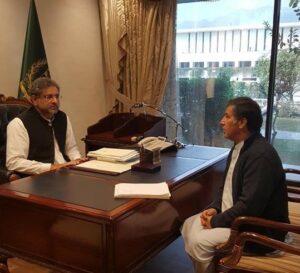 Chitral ..? At a meeting with the Prime Minister on 17 Nov, Shahid Khaqan Abbasi, MNA Shahzada Iftikharuddin discussed with him various developmental projects of Chitral and the PM directed SNGPL authorities to expedite land purchase process of the three gas plants at Chitral, Ayun (Broz) and Drosh.

During his planned? visit to Chitral in Dec 2017, the PM will inaugurate NHA Roads and Gas Plants besides Golen Gol electricity to both Upper and Lower Chitral. The PM may also extend his visit to the next day, the MNA said?.. CN report, 18 Nov 2017

Billionaire entrepreneur Elon Musk has overtaken Bill Gates to become the second-richest person in the world  after Amazon founder Jeff Bezos.  In January he ranked 35th on the Bloomberg Billionaires Index.

A conscience is what hurts when all your other parts feel so good.