CHITRAL: The future of University of Chitral is in jeopardy as the provincial government has failed to provide land for construction of its building for the third consecutive year, forcing the federal government to withdraw the Rs3 billion grant released in 2017, from the current budget.

Sources in the higher education department told Dawn that after the 18th Constitutional Amendment the concerned provincial government made available the land for establishment of a public sector university, while the federal government bore the expenses of its infrastructure, including the building.

They said the federal government had released Rs3 billion in 2017 in line with the announcement of then prime minister Nawaz Sharif which he had made in a public gathering in Chitral a year before, but the PTI-led government in the province did not provide land due to which the funds remained unutilised.

Classes in different disciplines are being run in a makeshift campus

They said the University of Chitral was inaugurated by then PTI chairman and opposition leader in the National Assembly Imran Khan and then chief minister Parvez Khattak on July 5, 2017, by merging the regional campuses of Shaheed Benazir Bhutto University and Abdul Wali Khan University, and classes were also started there.

In the fiscal 2018, the provincial government allocated Rs880 million for purchase of land measuring 400 kanals as per criterion of the establishment of a university, but the money was not released due to one reason or the other. The land in Seen Lusht village had been selected for the university and the revenue department had fulfilled all formalities for its acquisition, they explained.

The sources maintained during the current year?s budget of the province, no substantial amount had been allocated for acquisition of land, which meant that the federal government would also close the chapter on its part keeping in view the lukewarm response of the province.

Presently, over 1,800 students are enrolled in different disciplines of the university in under-graduate and postgraduate classes, while the number of students seeking admissions to the varsity has been estimated at 4,000 every year.

An official of the university said the present makeshift campus of the university was quite insufficient with regard to availability of space. He said due to limited space, no more disciplines could be started.

Former district nazim Maghfirat Shah said lack of interest on the part of the PTI leadership towards the establishment of university in Chitral had shocked the people.

He said Imran Khan as then opposition leader had inaugurated the classes in the university in 2017, and his coming into power had raised the hopes of the locals about speeding up the process of construction of the varsity building, but to no avail.

Mr Shah said it was high time the federal and the provincial governments allocated special grants for purchase of land and construction of the building. 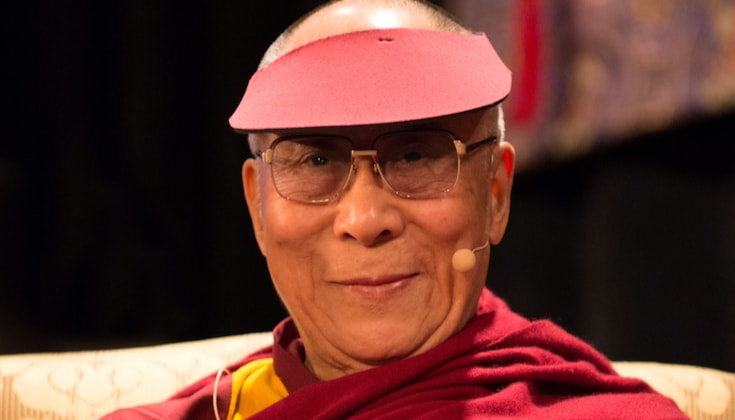 When I was about to turn thirty, I was given an opportunity to have a private audience with His Holiness. ?Hey kid,? my boss said, ?I?ve got us a meeting with the Dalai Lama at his place in India.? I was already packed.

In Dharamsala, five of us waited like groupies before a big show. His Holiness burst in, robust and radiant. ?So sorry to keep you waiting!? he said.

We spoke of universal consciousness, military actions, and politics. We laughed. We mostly laughed at his bellowing laughs. He abruptly turned to me with a penetrating gaze. Fuzzy eyebrows raised. ?You have a question.?

?My generation is at a crossroads,? I said. ?And I wonder what message you have for Gen Xers??

?In the West, you have education. This is good. You have technology. This is good. But you do not educate your people in values of the heart, of compassion. This you must do,? the Dalai Lama said.? ?It does not matter whether you are Buddhist or Christian. Compassion lives in the heart, beyond religion. Even me, a Buddhist, can say that you do not need Buddhism. All you need is the compassion of the heart. Women know this because peace is implicit in women. You put boys together, they make war. You put women together, they make peace. Women are the leaders of the future.? And then he laughed.

After an hour, his secretary insisted we wrap up. The Dalai Lama moved to the doorway and then hugged each of us gently, like he had all the time in the world. When I pulled back from this holy bear hug, he looked me in the eyes and nodded, as if to say, ?I see you, and I?ve got you.? I had never felt so seen and so loved.? .. Source