Chitral: A Kalash elder Sher passed away in Rumbur the second valley of the Kalasha tribe in Chitral. He was 75.? According to Kalash traditions his body will be kept in audience and the death celebrated for three days. The Kalash do not mourn the death of their dead, instead celebrate the occasion saying the person is transcending to a better afterlife.

Goats are slaughtered depending on the status of the dead person sometime amounting to 100 goats. Songs and eulogies in praise of the death are chanted throughout the mourning period. The cap of the deceased is kept beside his coffin were money and articles of daily use are placed, sometime even cigarette and naswar are placed alongside the body to be buried, just in case the person needed them in the afterlife. It may be noted that the three day funeral celebration is for male whereas female have a one day celebration. .. GH Farooqi, 25 May 2019

Chitral: A grand funeral, probably largest in Chitral so far in terms of number of participants, was accorded to the young bureaucrat Khalid Bin Wali who had died in a road accident a day earlier. The compassion in the funeral was so intense that many participants were seen wailing and crying loudly at the funeral venue. The polo ground was filled with people who had turned up from all over Chitral and even down country to attend the funeral. The reason for this unusual display of affection for the deceased is reportedly his fine and amicable personality. All who had met him even once were full of praise for his humility and good nature. The father Abdul Wali Khan Advocate was trying bravely to keep calm along with his two other sons Tariq and Faham. Personnel of excise department in uniform gave him a salute of honour before the body was lowered into the grave.??.. CN report, 22 Oct 2018 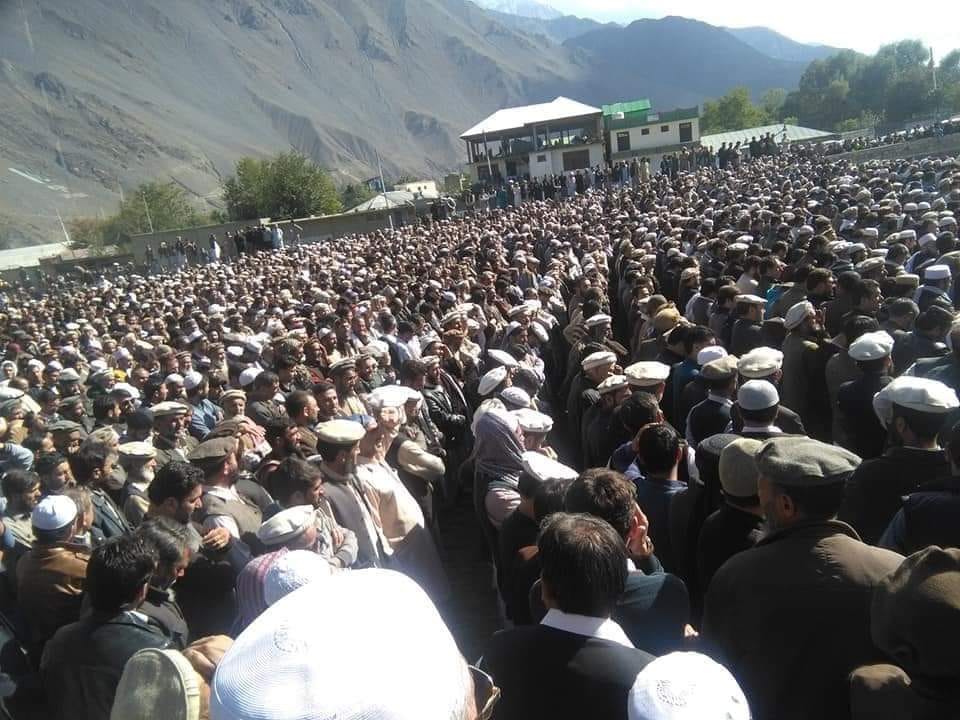