Chitral: In a uniquely weird case, dacoits and bandits staged a demonstration against police ‘high handedness’ in the town of Gotki in Sindh province. The outlying areas of the province have long being known for being home to dacoits, but the case of dacoits protesting against the police could be a unique case in the world. The dacoits armed with rocket launchers and automatic weapons accused the police of demanding extortion money from them and on refusal kill them in fake police encounters. The urdu newspaper report cutting pasted below may be of an earlier date but it shows the standard of governance in Pakistan in general and in the remote areas of Sindh and Balochistan in particular. .. CN report, 01 May 2019 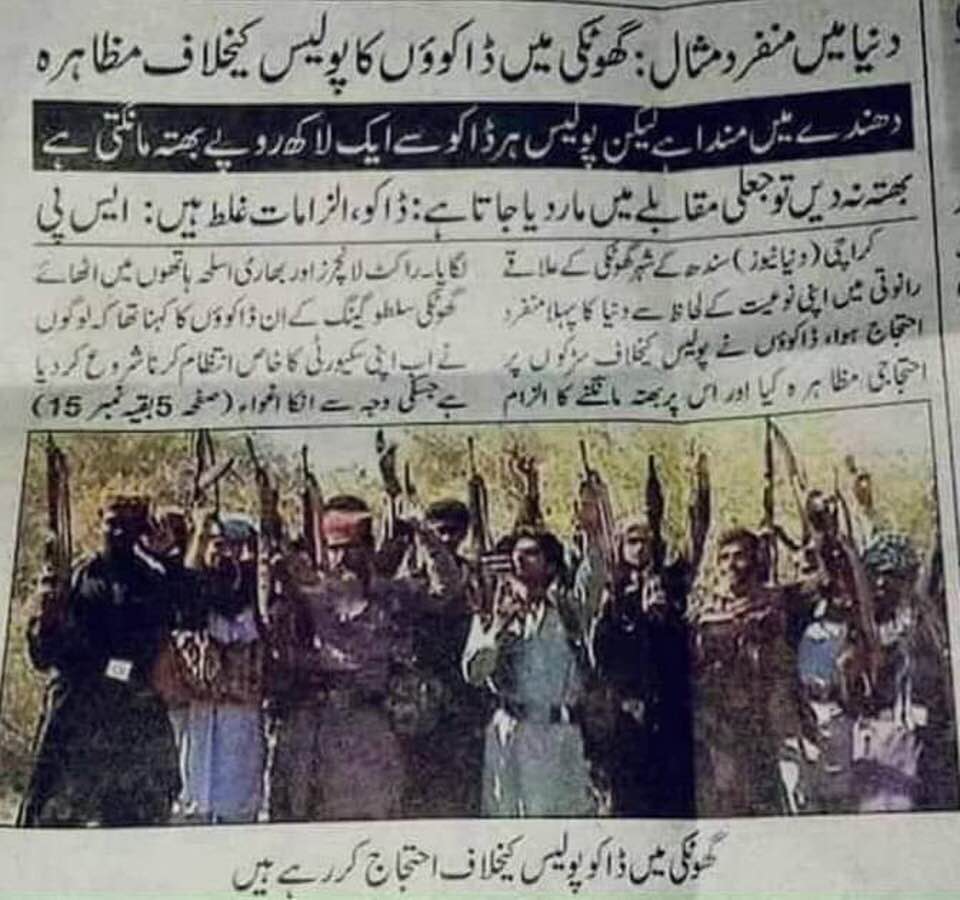