Senate seats should be sold in open auction

Chitral: Each time the phase of Senate elections in Pakistan come up, tales of horse trading, vote buying and selling, cheating and display of moral turpitude present in our political entity come to the limelight. Elections to the Senate of Pakistan, as they are tailored and conducted are a fine example of the failing of democracy. 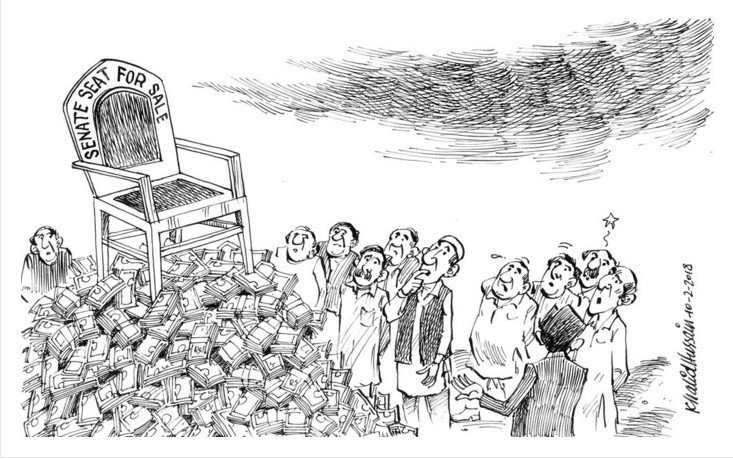 Outright sale/purchase of votes has but become the essential in Senate elections as is experienced over the decades; with the only difference being that the rate of buying /selling votes keeps escalating with each elections. During the current elections, the price of one vote has hiked to as much as Rs 500 million in one case in Balochistan according to a senior TV anchorperson. The price here does not matter, but the fact the votes are being traded outrightly is a big blemish on the face of democracy as it is in Pakistan.

Most unfortunate part of the episode is that no attempt was made to amend the election laws for the senate in the last five years, even by parties claiming to be fighting to bring about change.

Keeping in mind that votes are being sold and bought anyway, but done so behind the curtain,?It would be far better to sell the senate seats to the highest bidder in an open auction and deposit the money in the government treasury. At least the government treasury would benefit instead of unscrupulous individuals selling their votes clandestinely.? .. CN Editorial, 10 Feb 2018