Chitral: Friday saw rallies taken out against Indian aggression and in support of the armed forces of Pakistan in all major stations of Chitral district. 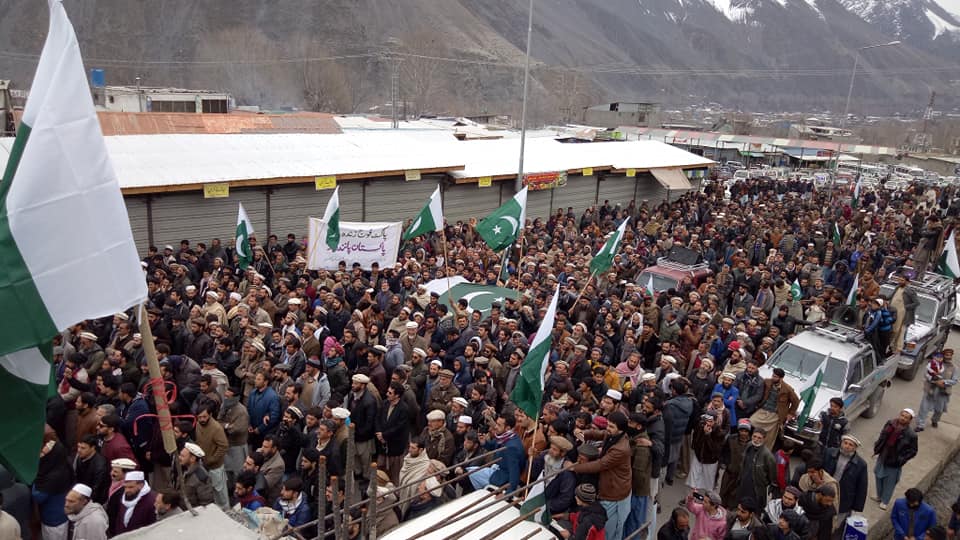 The speakers praised our armed forces for their bravery and patriotism. Molana Alhilal announced gift of a Chugha and Chitrali cap for the pilot who shot down an Indian aircraft. The meeting ended with anti Modi slogans and burning of an effigy of the Indian PM. .. CN report, 01 March 2019