For the past many years it has consistently been pointed out in these pages that despite some achievements to its credit, AKRSP refuses to change its flawed strategy of participatory development thus continuously losing public trust in its ability to promote sustainable participatory development model envisioned by His Highness. Unfortunately the strategy to realize this lofty vision betrays both common and legal sense. Most of the VOs, WO, and LSOs sponsored by AKRSP have evolved into business concerns of the office bearers of these outfits who refuse to hold elections making these positions as heredity ones.

Since their inceptions these outfits have failed to hold regular AGMs or carry out meaningful audit of their accounts to obviate chances of accountability to the stake holders. The law requiring elections after three years and disallowing third tenure to office bearers has been flouted with impunity, giving rise to public perception that these violations have the support of powerful elements in AKRSP.  This is an untenable situation likely to further push the community, especially the youth to adopt agitation mode. While giving vent to their frustration few have been caught on the wrong side of the law much to the detriment of the fair name of the community and its leader. 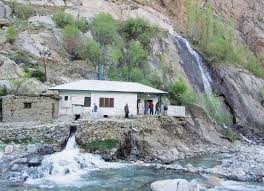 Many of the LSOs have even failed to renew their registrations with the Government, rendering themselves illegal but still supported by AKRSP. Had there been some accountability and efforts for legal correctness on part of AKRSP, the situation would have changed and the two 500 KV power houses at Mogh and Begusht would have become models of efficiency and effectiveness befitting the fair name of the sponsors. Because of the non-transparent way that funds were utilized and contractors hired by AKRSP, GADO and PAIDO has divided the community. There are three competing groups vying for ownership of Begusht power house while two sharing ownership of Mogh power house. There is a growing perception that electricity bills received are not going into proper accounts. Many still refuse to pay bills because their lands were encroached upon, security amount is being withheld by others for non-payments of their contractual wages. One office bearers is said to have absolved a consumer from monthly payment of bills and instead received lumsum amount which may not have gone into the proper account.

Since inauguration both the power houses are in trouble. Water channel of Mogh power house is leaking at many points and the machine trips frequently. In Begusht it is worse. Water channel is sliding and power supply broke down at the word go. There is no explanation for this failure, some say it is temporary fault while others consider it as permanent failure. Let me recall that when the Begusht power house was being envisaged there was opposition on the ground that Begusht River is seasonal and there was no logic to put up a power house on a non-perennial river. This objection was brushed aside because big money was involved which could easily be pocketed by everyone involved in the construction phase at this far flung area bordering Afghanistan where people were poor and under the spell of the local influential. Even the RPM of AKRSP failed to come to the rescue of the people and is reported to have said that the power house was for Begusht. This is in sharp contrast to the original position which makes the entire Duaba region as its owner. Was there a pattern in this madness? It is therefore not surprising that such loped-sided development intervention have done great damage to the unity and integrity of the community.

Before further damage is done to the unity of the local community and the idea of participatory development, AKRSP must step in to clarify legal position about ownership of these power houses and their operational control. Arrange third party audit of accounts of the two power houses involving construction and billing funds and register FIRs for the recovery of stolen money if any, so that community trust in their institutions can be restored, failing which it would be presumed that the entire situation was staged to weaken the community at the cost of making few people rich. Finally AKRSP should revisit its policy of working with illegal entities, who have failed to renew registration, hold AGMs, elect office bearers, carry out periodic audit of accounts and recover loans advanced to influential people. AKRSP cannot hide behind the argument that the community should itself do the dry cleaning because it has not empowered the community in that behalf and also because the whole situation is of its own making. Before the frustrated people take it to the media or the court of law and start washing dirty linens in full public gaze those at the helm of community affairs must wake up to their responsibilities and take corrective measures. Let AKRSP lead convening of AGMs to prevent these outfits from remaining family business concerns by restoring community ownership of these outfits. Present incumbents have interest in the collapse of these outfits to escape accountability in the future. It is already too late and further delay would gravely damage the community beyond redemption. .. Islamuddin, Garam Chahma Chitral 10 June 2020