Chitral : Former President Gen Pervez Musharaff’s decision to contest elections from Chitral after being allowed by the court to file nomination papers, has brought about a? stir in Chitral’s politics. The ‘Big Boy’s decision to jump into the fray has driven shivers down many a spine. Hitherto serious candidates for the National Assembly have started thinking whether to compete with him or withdraw from the contest. 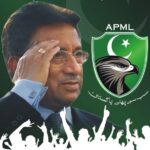 Though Gen Musharaff has good following in Chitral due to his contribution to the Lowari tunnel project and a section of the population have particular liking for him, but the main reason which scares away the usual political players of Chitral to contest against him is something else.

Politics in Chitral like elsewhere in Pakistan is increasingly being driven by money and with money votes are bought easily up here. Chitral is considered one of the cheapest constituencies in Pakistan, where a few million are what is needed to contest elections seriously. Musharaff being one candidate who has the deepest pocket and would be likely happily willing to spend on his campaign is fully qualified to contest elections in Chitral ‘in style’.

The collateral benefit to Chitral which it would accrue on Musharaff contesting from here, would be that the constituency would invite international attention. .. CN report, 09 Jun 2018