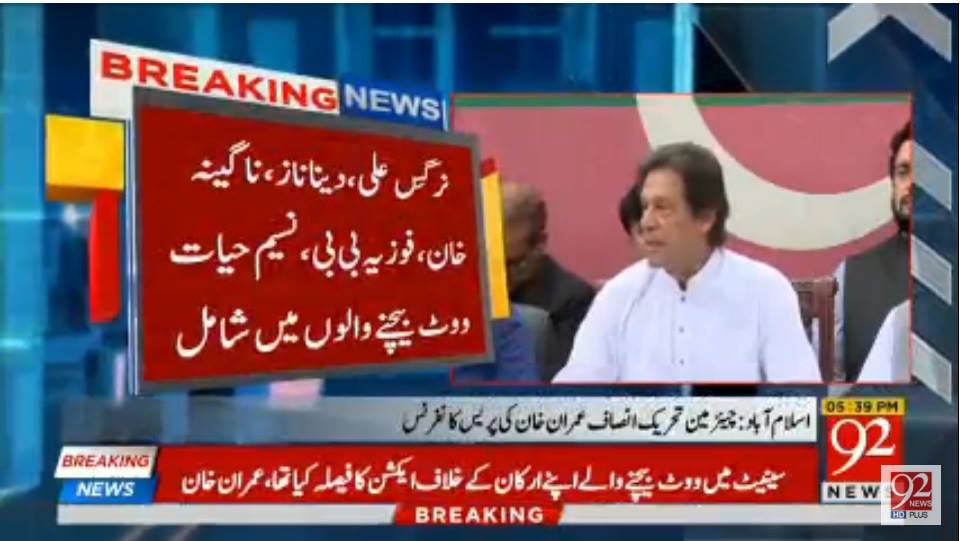 Chitral : At a press conference in Islamabad PTI Chairman?Imran Khan disclosed that 20 MPAs of the PTI have sold their votes in the recent senate elections, including the PTI lady MPA from Chitral Fauzia Bibi. Imran Khan also said that MPAs from other parties particularly the PPP have also sold their votes and he has their names too. As there are hardly any other PPP members in the KP assembly, the two PPP MPAs from Chitral are the most likely ones he is referring to, who have sold their votes in the said elections.

It is a moment of shame for Chitral that given a chance to pocket illicit money, our political leaders in the provincial Assembly have succumbed to greed and frailty of character. .. CN report, 18 April, 2018