Chitral: MNA Chitral Molana Abdul Akbar Chitrali has in a press conference held at Peshawar Press club demanded that the Lowari tunnel be opened as a two way tunnel 24 hours a day just like other tunnels are. He said there is no work going on inside and for years on the pretext of ongoing work Chitralis have been tortured at the tunnel. 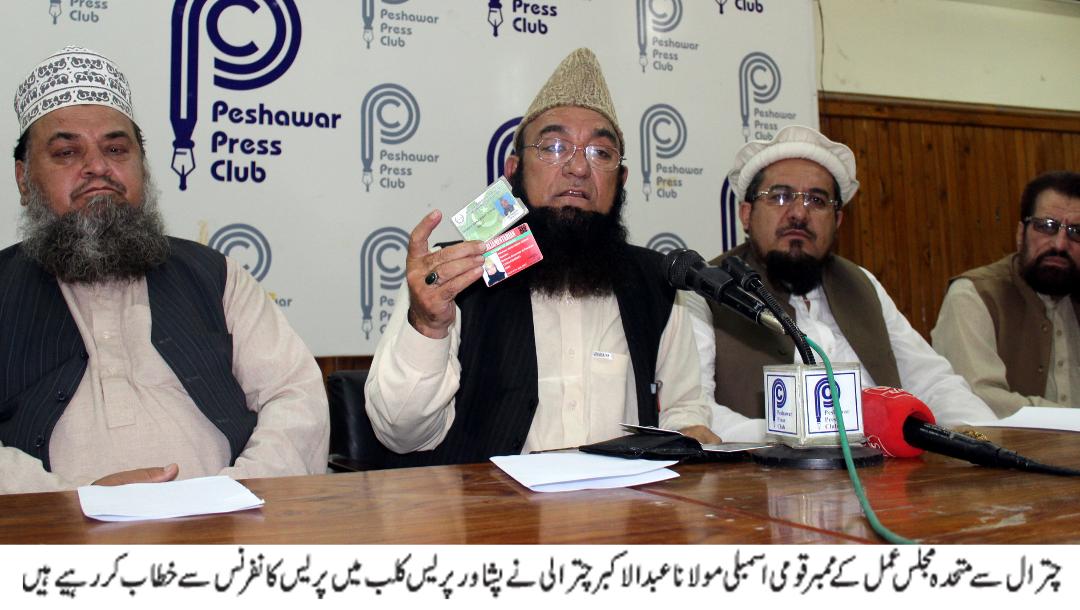 The MNA mentioned the rough handling he got at the hands of security personnel at the tunnel and said if the attitude of security personnel continues to be like this there will be emerge many Mazoor Pashtins to challenge the high handedness, but we will not let this happen he quickly added. He said vehicle registration etc should be handed over to police on both sides of the tunnel and NHA should take management of traffic under it’s own control and not make any excuses. He said he would submit a privilege motion in the National Assembly regarding the incident. MPA Molana Hidayatur Rahman and other political leaders were present with him during the press conference.? .. CN report, 15 Oct 2018