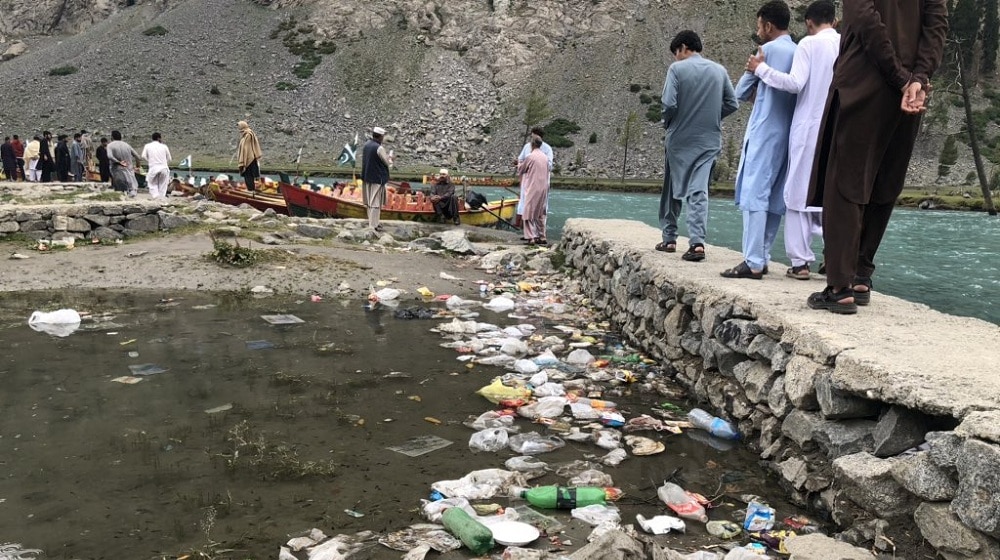 Khyber Pakhtunkhwa (KP) government has decided to impose a Rs. 20,000 fine on tourists for littering the scenic Kalam and Kumrat valleys.

In this regard, the provincial government has directed the district administrations of both Swat and Upper Dir to ensure enforcement of the penalty which comes into effect immediately.

Besides, the KP government has decided to mete out Rs. 2 million fine and 3-years prison time to those building illegal housing societies in both valleys.

The provincial government has also decided to impose Rs. 20,000 fine for building an illegal speed breaker and Rs. 25,000 for damaging any road in Kalam and Kumrat valleys.

Tourists from across the country have thronged to KP since the resumption of tourism in August. The federal government had decided to suspend tourism in March following the Coronavirus outbreak in the country.

According to official figures disclosed by the KP’s Tourism Department, more than 2.68 million tourists have so far visited KP since 13 August.

Abbottabad has been the favorite destination of the tourists in KP as the district has so far welcomed 1.71 million visitors since the Coronavirus lockdown was lifted. Abbottabad is followed by Swat which has received more than 0.6 million tourists.  .. Source