Imran Khan has been the centre of many debates and discussion ever since he made a political party (Pakistan Tahreek-e-Insaaf) and entered into the murky waters of Pakistani politics in 1997. Some considered Imran Khan as the last ray of hope for progress and positive changes in Pakistan. While others, mostly his political opponents, considered him as an opportunist seeking the approval of those in the establishment for grabbing power. With around twenty years’ political struggle, he finally succeeded in making himself and his party a power to be reckoned with and a qualified alternative to fill power vacuum created by the two main political parties—the PPP and the PML (N).

The Musharraf era (1999-2008) and the next 10- years of PPP (2008-2013) and PML(N) (2013-2018) again failed to secure stability and progress for Pakistan on sustainable basis. The sociopolitical and economic problems of the country were further multiplied. The lives of the vast majority of the population, for all practical purposes, became wretched due to poverty and price-hike. Preferential governance style, perks and privileges for the powerful, lack of rule of law and massive corruption stories of those in highest power corridors looked like Pakistan is a conquered country and her conquerors are free to do anything with it.

It was in a situation like this that the people of Pakistan saw Imran Khan and his party as the last ray of hope for the recovery of the country and wellbeing of her people. Though Imran Khan had scored some remarkable successes in the past having won the Cricket World Cup for Pakistan in 1992 as Captain and having established a good Cancer Hospital through collection of donation and charities show peoples’ confidence in his leadership and management. Beside, Imran Khan is also considered as someone who is not greedy for money and his life is almost free from stains of corruption. 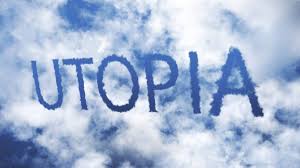 Imran Khan needs to do something tangible for the socioeconomic betterment of the people.  He needs to work in the areas such as eradication of corruption, assurance of rule of law and equality before the law, reform and restructuring of existing institutions of the State to make them functional for and accountable before the people.  Political and institutional reforms should be his first and foremost agenda so that systematic justice is made available to the people of Pakistan without any regard to their social status. Presently, the general atmosphere of law and order and administration of justice is such that people wait decades for redressing of their grievances. Highhandedness and crimes of heinous nature can only be seriously pursued if the Prime Minister himself takes notice or the Supreme Court exercises its Suo moto powers regarding such cases.  Modern nation-states are very large in size with populations in hundreds of millions. For running such a large and populous states, institutions have been established on modern lines across the world. These institutions function under the delegated powers and are responsible to discharge their duties assigned to them by the Executive, Legislative and Judicial branches of the State. If a Police Station and its Station House Officer do not function properly under the law and rules then the District Police Officer of the district cannot deliver properly on on-going basis; let alone, the prime minister, president or chief justice taking notices of all wrong-doings and doing all the follow up for administration of justice and that too on long term basis. There are millions of cases and grievances of the people and for their redressal there are millions of employees and hundreds of institutions working. The prime objective should be to make these institutions functional and purposeful for the people. It is easier said than done and making our institutions vibrant is the most daunting task for any leader. But it is here that we need leadership to show their performance and it is here that our future and the future of our generations are staked. Without reforming the existing institutions, our reliance on direct notices and intervention by high-ups will yield no better results for the majority of the population on long-term basis.

Imran Khan is enamored with the working of the city state of Madina of the Prophetic era of the early 7th century. There is no doubt that governance and administration of justice in the city state of Madina was a great progressive achievement of the Muslims of that times. The governance of the city state of Madina was exemplified by justice, truthfulness, simplicity, fairness, tolerance, communion and equality before the law in an age where the great Roman and Persian Empires treated their common subjects as slaves and chattels. The reasons of Madina being the model in those times and its being a model even today is that the city-state had in its fold great, honest and God-fearing people who were the companions of the Prophet. For them this mundane world was like an encampment in their journey towards afterlife and eternity. The considered love of money as the root cause of all evils and never accumulated ill-gotten money. Do we have those kinds of people in our midst now and how and by whom the Madina Model can be modeled in today’s Pakistan?  Looking at our print and electronic media and hearing news of corruption and plunders by those who are responsible for our wellbeing and progress and who are guardians of our State, it is feared that we may not be subjected collectively to God’s wrath and displeasure!

From sociological point of view, too, we have come a long way and passed considerable time from that era. In the time of the city state of Madina, the population was very small. The entire Muslim population of Madina and its surrounding areas would have been less than a million. Life was simple and was not as complex as it is today. Education and military services were for the purpose of propagation of Islam’s message of justice and social transformation. Hence, service in education and military department were voluntary without any regular daily or monthly remunerations. There was no concept of paid teachers and soldiery. Given the prevailing situation, it is very difficult to replicate the Madina model exactly in the same way as it was some 1400-year ago. From where we will bring those upright and honest people to run the affairs of the present large-size States on Madina model! The best way to emulate the Madina Model is to get inspiration from the founding principles of the city state of Madina such as rule of law, equality before the law, justice, liberty, fraternity, brotherhood, simplicity and strict adherence to the Islamic laws both in our individual and collective lives.  Islam, in the times of city state of Madina, was considered a complete code of life with equal importance given to rights of God (huquq-ullah) and rights of the people (huququl- ibaad).  An individual’s performance in his/her professional life, his/her dealings with fellow humans and his/her overall public conduct reflected the teachings and commandments of his/her religion.  To achieve the serenity and grandeur of our predecessors (aslaaf),  we need to strengthen our educational systems to inculcate the ethics and morals of Islam in our youth. We should prepare many generations of students who are caring, compassionate, tolerant, honest, simple, chivalrous and magnanimous individual to enable us to build a model of Madina’s city state. There is no doubt that the way Islam spread in the first one hundred years (610-711) was mainly because of the success of the Madina Model. But we should not just focus the military aspect of Islam’s dominance over the Byzantine and Persian empires. We should also take examples of good governance, brotherhood, pluralism and social justice from the Madina Model.

Till such time we achieve our objective of honest human resource development to enable us to build Madina-type state, we should search and study the successful functioning of states in contemporary times and copy their best practices. Unfortunately, in terms of justice, rule of law and fair play, large Muslim States in Africa and Asia such as Algeria, Sudan, Egypt, Indonesia, Pakistan, Iran and many other have not been able to develop inclusive forms of governments with proper constitutional ways for change of governments. Riots and revolutions occur with every succession and change of government like what happened in Syria, Egypt, Libya, Sudan and Algeria. Therefore, we need to look somewhere else particularly toward Europe for best practices in governance and statecraft. Scandinavian countries such as Sweden, Denmark, Norway and Finland and Switzerland, Spain, United Kingdom and Portugal in Europe can offer some clues about the importance of rule of law and equality before the law for overall national progress and development. .. Mir Wazir Khan Awi, Chitral 27 June 2020