CHITRAL: A huge protest was held by disgusted residents of Chitral town at the Ataliq chowk against the failure of WAPDA to all walks of life. Those who spoke on the occasion included former MNA Shahzada Iftikharuddin, former MPA Molana Abdul Rehman, Amir Jamat Islami Jamshed Ahmad, former Nazims Hayat ur Rahman and Sajad Ahmad, President Tajar union Shabir Ahmad, Molana Israruddin, Aminur Rahman and others.? Speakers said the 108 Mw powerhouse has been reduced to a 6 megawatt junk by the inept and corrupt WAPDA officials.

Speakers said responsible officials are missing since three months and the powerhouse is at the mercy of low grade non technical staff. There is no body to ask them , the speakers lamented. They said the Assembly members have not been able to move the authorities into action as their points of order in the Assembly not taken seriously and no importance is given to their complaints. The speakers also demanded immediate erection of the fallen electric poles on the Lowari pass and demanded inquiry into the poor quality of construction of these poles because of which they have fallen down.... CN report, 18 Feb 2020 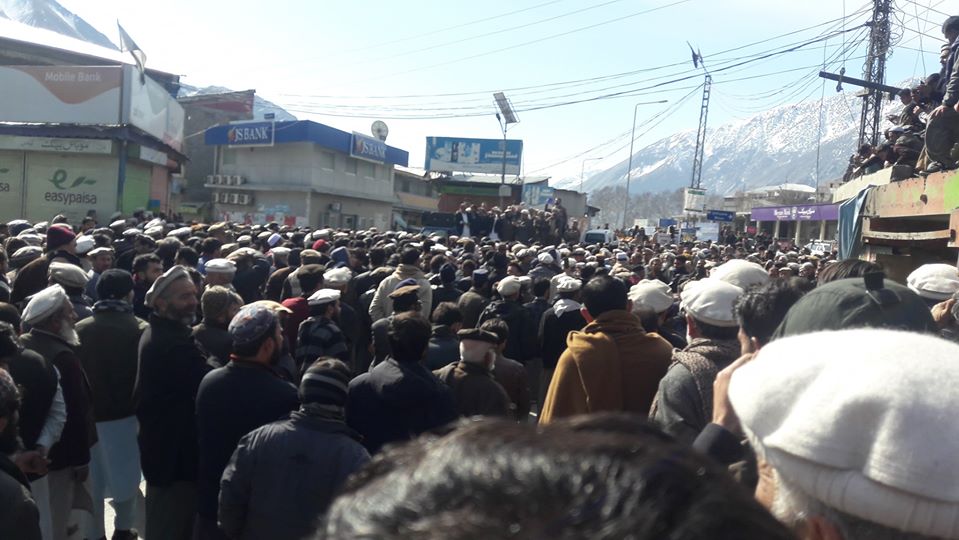