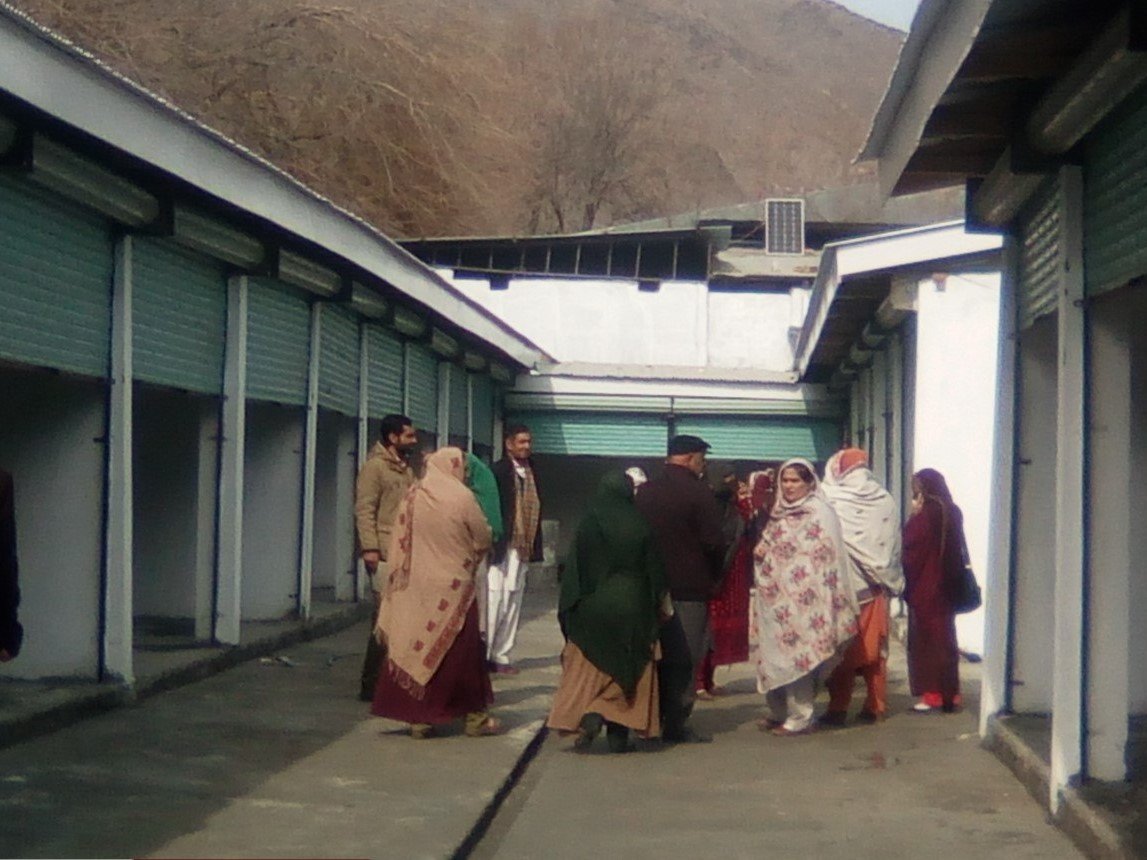 Chitral: The now? almost ready ‘Ladies only’ market in Chitral town has triggered a debate on the social network with people speaking for and against it. The market, a unique idea to empower women keeping in mind local traditions and Islamic injunction of ‘purdah’ will only house women as shopkeepers and the shoppers would also be restricted to women only. Though the need for such a facility in Chitral was being felt since long but the practical shape of it has come about now through the courtesy of Wg Cdr (r) Fardad Ali Shah.

The women exclusive market has the moral support of the District Administration, the CCDN and Chamber of Commerce Chitral. In this connection President CCDN Sartaj Ahmad Khan convened a meeting of Lady stake holders, NGO Reps, Bankers was also attended by the Additional Deputy Commissioner Minhasuddin . The ladies highly appreciated the idea and the Administration, the NGOs and the Bankers assured full support for those ladies wanting to establish businesses.within the bounds of Islamic and cultural values.

The detractors commenting on the social media pages say it will take the women out of the houses and pave way for corruption in the society. The supporters maintain that this will give women folk decent opportunity to be counted, by helping? their families thus raising their self esteem. Some ladies even quoted the example of Um-ul-Momineen Hazrat Khadija-tul-Kubra, the first wife of our Holy Prophet (PBUH) who headed her established business before marriage and continued so even after her marriage with our beloved Holy Prophet..

Although the supporters of the idea far exceed in majority but are dormant and silent onlookers, while the detractors though few are much vocal and express their opposition on face book etc aggressively.

The market consisting of 30 shops initially, expandable to 100 shops, shall be formally inaugurated?by end of this month, it was reported. .. CN report, 11 Feb 2018