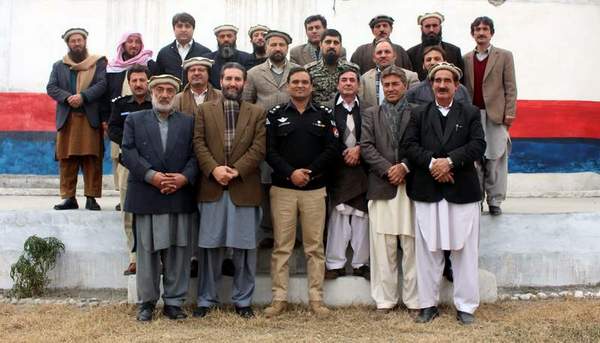 Chitral .. The joint investigation team set up to investigate the case of uploading objectionable matter on the social media during visit of HH Prince Karim Aga Khan has come up with various suggestions to preclude the possibility of such happening again. Addressing media persons, the DPO, Mansur Aman spelled? out the agreed upon suggestions which include setting up of a Religious Harmony Council in the district which will keep an eye on the situation at all times. Also to keep a check on the unscrupulous use of the social media, a Cyber Crime Control unit will be established in the district. It was also decided that in the presence of blasphemy laws in the country, no individual or group will be allowed to take law in their own hands under any circumstance.