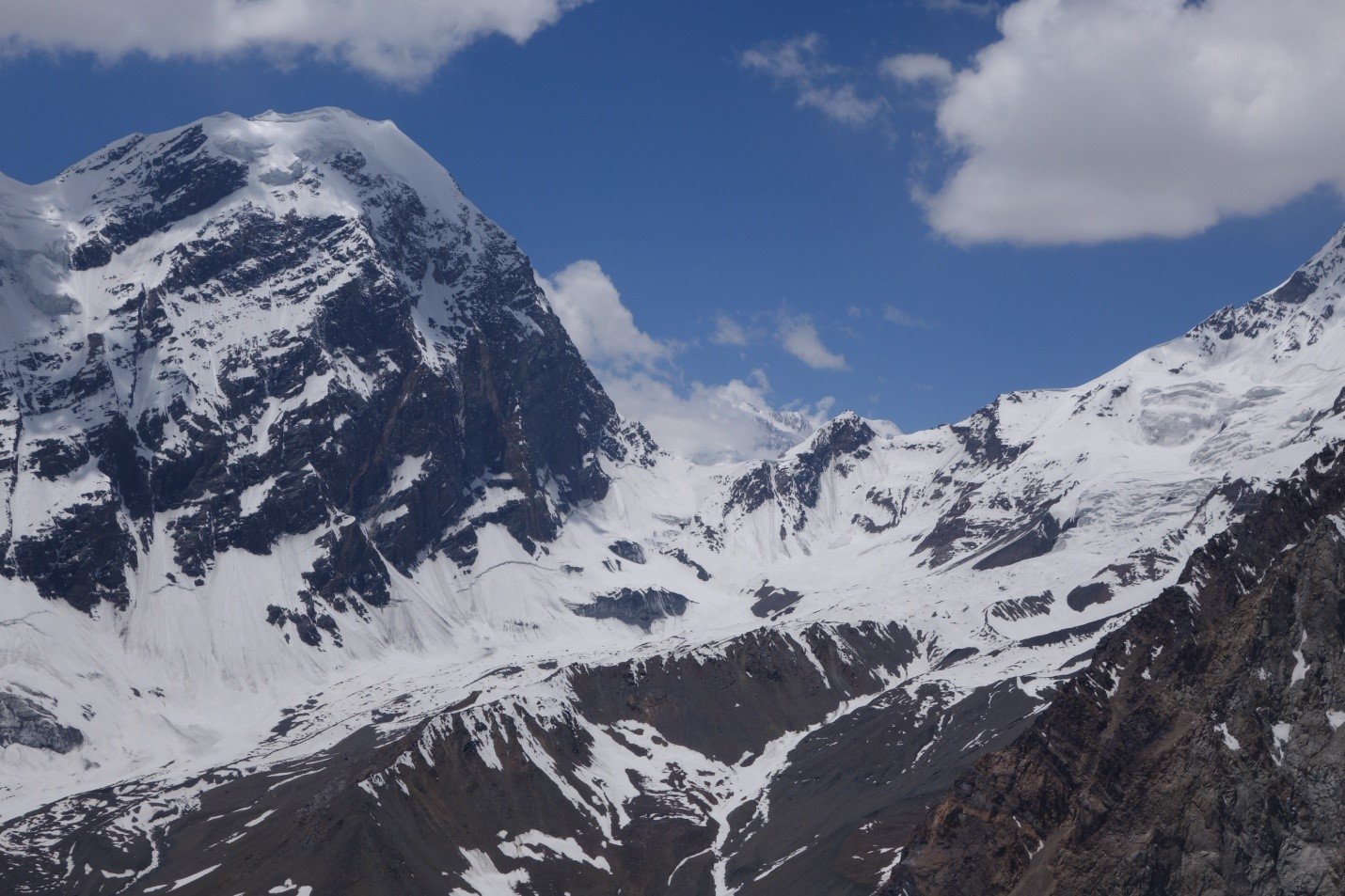 It was in 1998 when I was in a position to trek in the desert lands of High Hindu Kush in upper Chitral and a German trekker who had already visited? some of the famous valleys asked me to trek to Udren pass at 5300m in the Roshgol valley of Terich. The destination required a number of items to be carried with at least one mate to assist and make the trek pleasant as one man cannot walk all the way for three days with food and other baggage.

We started from Zondrangram? in the Terich valley early in the morning and walked up to the summer huts called ?Ghari?? in three hours and rested for tea. Then moved up to the well known DURU camp of Roshgol and had some more food as the trek was triggering our appetite and under the rules of trekking we had to stay in DURU for the night? but we wanted to cover as much distance as possible in the first day. At 6 pm we reached the lake at the bottom of Kotgaz table land and crossed the Roshgol glacier and reached a wide sandy plain where there was no fire wood but we had carried some with us and made tea and had our dinner and slept in sleeping bags. There was no other human soul in the long valley and it was in the first week of September. It was at the foot of Udren Zom glacier that stood over our camp. It was not very cold and we had travelled for about twelve hours .

The night was peaceful? with very gentle wind from the Roshgol glacier and our destination was at higher altitude.? We had to get up at mid night and made tea and had a type of breakfast and left some of the extra baggage there and in the dim light of the late moon ascended the slope, reached another circular lake? and went up slowly avoiding boulders and pieces of glaciers. By the time we were at the bottom of the final steep section the sun rays appeared over the east ridge of Saraghrar and we had to look at the possible route over the rocky section and selected a route direct up to the pass.

It was a great tiresome exertion and after many short stays we were on the top of the Udren Pass ( 5300m) and saw a new panorama on the other side-the Udren valley with its mesmerizing Darband glacier up to Nowshaq ( 7492m) Darband Zom ( 7219m), Gubz- e- Safid (6800m),Istor O Nal ( 7403m), Shingeik Zom ( 7291m) Kohe Mandaraz (6631m), Konj and a great number of un named peaks in the midst of the giants. This Pass gives a trekker a very breath taking view of the high Hindu Kush? section that is accessible? only via Terich valley rote. From the Pass we lokked back into the Roshgol amphitheatre ?the 3000m steep rock face of west Saraghrar ( 7349m), Langar Zom (7100m), Langutai-Barfi ( 7017m), Mt. Shakawar ( 7116m), Udren Zom ( 7131m) surrounding he Roshgol amphitheatre;? and the? wide expanse? of the ski snowfield of Prechu Zom in the east of the Pass.

Many of the unseen peaks > 7000m are seen from this particular point. We spent about two hours on the pass and returned to Duru camp? with a new picture of the Darband glacier- the longest in the this region extending to 32 km. It was a life time experience and unforgettable.? A photo of the Pass and the surrounding peaks is given for your interest. The more prominent one is Nobaisun Zom west ( 6250m-unclimbed) .. Prof. Rahmat Karim Baig, Chitral 11 Nov 2019